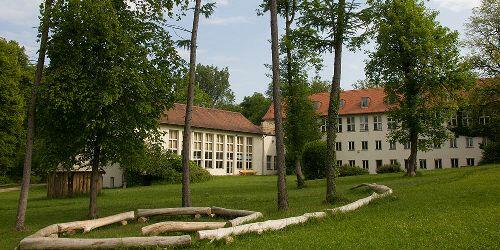 Our trip to the Bavarian State Parliament

At Thursday the 21st March our 12th grade had been invited to the Bavarian State Parliament by Thomas Huber (CSU).

Together with a class from another school, we had the chance to have a look into the daily life of a part of the German goverment. Everything was organized and paid for by the Parliament. As scheduled the bus picked us up at our school. At 10 o ‘ clock we arrived at the west-gate of the Maximilianeum.

At first we watched a 30 minute video with information about the Bavarian State Parliament. After that we had the chance to observe a session for one hour. One of the main topics was to create a law against building minarets. The application was made by the AFD, but the other parties decided against it. Following this we had the opportunity to have a discussion with the congressman Thomas. Huber. It was very informative, we talked about the PAG and the organisation "Fridays for Future". Finally, we made some memorable photos with Mr. Huber and had lunch in the parliament's canteen. There was also a vegetarian option.

It was really interesting to see how our government works. We are very thankful for the invitation. 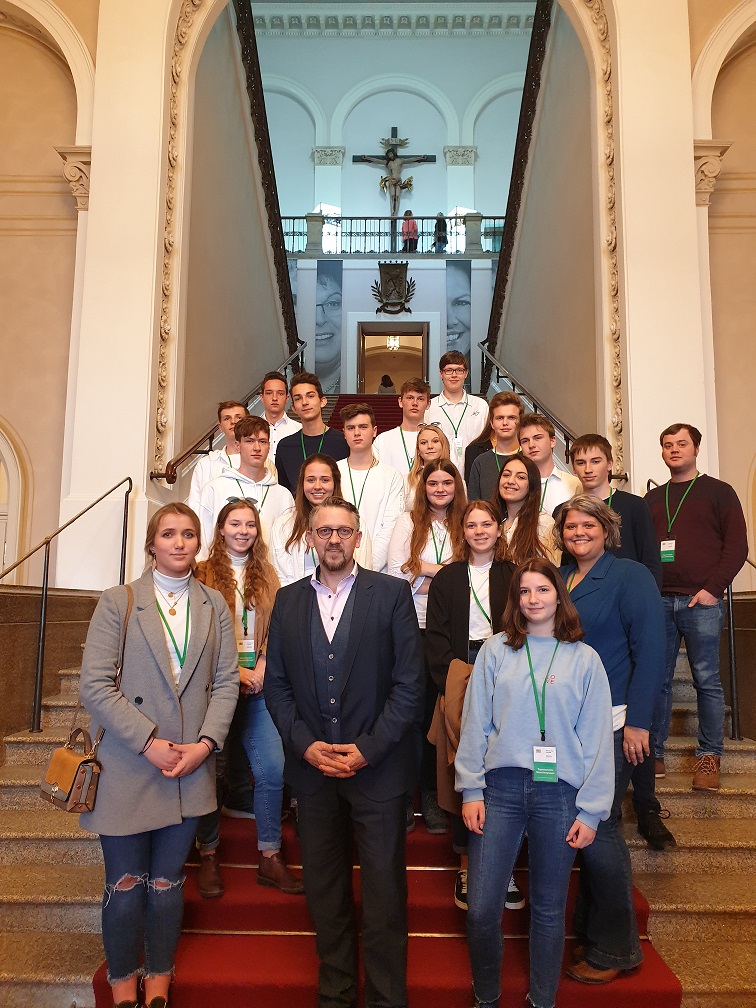